The biggest island in Dalmatia

…and the White House in Washington D.C. was built from stones from the island of Brač!

The high quality stone enabled building a number of famous constructions in Croatia too. The most significant are the Palace of Diocletian, the Cathedral of St James in Šibenik and the Cathedral of St Lawrence in Trogir which have been under World Heritage (UNESCO) protection. The White House in Washington, the Parliament House in Vienna and Budapest were built from stones originated from island Brač. The whole dynasties of famous Croatian stone masons were educated at the quarry near Pučišća during the Renaissance and Baroque period.

For instance, Juraj Dalmatinac, Andrija Alesi and Nikola Firentinac are the most famous ones. The only school of stone masonry in Croatia is situated in Pučišća. The school has been successfully active for more than a century. The school performance and its masters are recognized worldwide, and the school workshops offer quite interesting contents to various visitors. 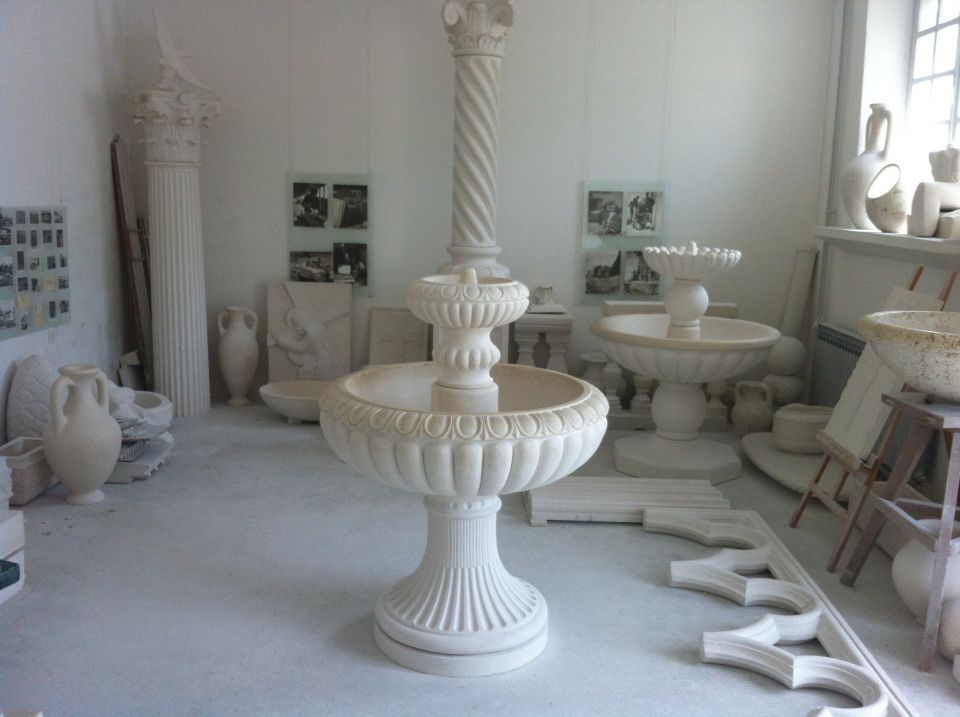 The school of stonemasonry in town Pučišća

The school of stonemasonry in town Pučišća is not unique only in Croatia but in this part of Europe too. Stone is formed and carved by hands. This style of stone carving is called the Greek -Roman style with its long tradition more than two thousand years. At the school shops you may encounter the students while they are making different sculptures, ornamental elements, jewelry and things for various usage. The school building was built from stones handcrafted by its students. Different generations of students have worked on the building, each piece of stones was carefully handmade at the school workshop and later used for erecting the fascinating school building.

The Golden Horn (Zlatni rat) – one of the most beautiful beaches in the world!

The sandy beach the Golden Horn (Zlatni rat) in place Bol on island Brač is quite often found in various pictures especially of postcards for its natural beauty. The beach has the shape of a swan’s neck and it stretches as far as 500m at the right angle into the sea. It is an amazing beach because it constantly changes its shape, position and length. These features depend on the wind direction and influence of the sea currents which constantly reshape the beach. The Golden Horn beach attracts a lot of tourists from different parts of the world and frequently can be seen on the cover pages of the well-known magazines. The Golden Horn beach is one of the most popular beaches worldwide and at the same time it is a quite popular destination for people who love snorkeling, windsurfing and other water related activities.

According to ancient sayings Antenov, a hero from Troy who established Padova and Korčula came to Brač from Greece after the fall of Troy. He was accompanied by a shepherd Braha, farmer Silena and sailor Elafa. Their successors have followed the same occupations through history. Life on island Brač has been based on cattle breeding, farming (agriculture) and maritime.

Vidova gora is the highest mountain of the Adriatic islands (778m above the sea level). It is named after the church of St Vid which was situated on the top of the hill.  Presently, only the ruins of the church are left. It is presumed that the church building was built in the 13th or 14th century.

Since ancient times people of Brač have told fantastic stories about Vidova gora. Vidova gora is connected with old Slavic gods Svevid and Perun. Also, a number of the other historical sites of the island Brač are related to the old Slavic mythology. Many years before the arrival of the Slavic people the Illyrians had built a fortress on the top of Vidova gora. The remnants of the walls of the former fortress have been preserved till the present time. From the very top of Vidova gora, where a big stone cross has been erected, there is a stunning view of the channel and valley of island Hvar.

Just below Vidova gora there is an area of the coast which covers numerous rich vineyards and amazing beach the Golden Horn. When the weather conditions are perfect at Vidova gora you may enjoy in unforgettable view of islands Korčula, Vis, Biševo and peninsula Pelješac.  You are able to see the tops of the Italian mountains as well.

The Blaca Hermitage – a unique historical monument of the island Brač and the Croatian coast. It is situated on the southern side of the island. It is an isolated area where the monks formed their community many years ago. The community was very important for the spiritual life and prayers of the monks. The monks’ residence was dug into the steep mountain side. The Blaca Hermitage was established by Glagolitic monks in the 16th century. At that time they were running away from the Ottomans. The Glagolitic monks were the keepers of literacy and culture.

At first they farmed the land, but later they got permission to build their monastery. Their community produced wine, honey and olive oil. They studied astronomy and worked on literacy. After some time they built an observatory, library and printing office. With the death of its last monk in 1963 the Blaca Hermitage was closed and the place was transformed into a museum where visitors can see the library, telescope and some other interesting things which belonged to the occupants of the monastery.

The Dragon Cave – place of secrets and meditation

On the southern slopes of Vidova gora near the village of Murvica there is the Dragon Cave. According to the legend it was the residence of the Slavic goddess Mokos. The cave got its name from the fact that there is a dragon carved on a stone wall of the cave. The Dragon Cave used to be a religious site and home for the Glagolitic monks who later at one stage moved to the Blaca Hermitage. The cave is 20m long with four separate rooms in which we can find the relief of a dragon, moon and the Holly Mary with angels. Many scientists have tried to explain the meaning of the relief. The majority of scientists believe that the symbols within the cave represent a connection between the pagan mythology and Christianity. Some esotherian experts claim that the Dragon Cave, as entire island Brač, is an area which is very rich in energy and it represents the heart center of this part of Europe.

Mario Puratić – a person from Brač on Canadian notes

Mario Puratić is a well-known person from Brač who has changed the world of fishing for ever. He migrated to the USA in 1930’s. He constructed the Power Block – a device for fishing. It is used for catching tunas by fishing boats all over the world. The Patent Office of the USA granted a certificate to Mario Puratić for his discovery. It was a revolutionary turnover in the world of fishing. In 1972, the Canadian National Bank printed the first 5 dollar note with the picture of the Puratic’s Power Block on a fishing boat.

Brač is the biggest island in Dalmatia. It has a land area of 394 km2 and it is 40 km long. Brač is situated in the picturesque archipelago between island Hvar and the city of Split. People of Brač have a long tradition of wine and olive growing, fishing and stonemasonry. Early years of the 20th century were very difficult for the people of Brač because of the wine production failure and negative consequences of the First World War. So many people from this island migrated to the USA or South America. At present, the inhabitants of Brač try to develop tourism by presenting the island’s natural beauty and rich historical inheritance to potential visitors.

What places you need to visit

Bol is the oldest coastal settlement on Brač. It is situated on the southern side of the island. Bol is the best tourist destination on Brač because it has very rich heritage and exceptionally amazing beaches including the Golden Horn beach which is well known worldwide.

Pučišća is a town and port on the northern side of Brač. It is well known for its long stonemason tradition which has been preserved till present time. The old stonemason skills have been continued at the Stone Mason School in Pučišća which is quite unique school for this part of Europe. In Pučišća there is a number of various cultural and historical monuments. Stone built houses with white roofs are exceptionally inviting to the visitors of the island.

Hvar: The most beautiful and the nicest smelling island in the world!

Makarska: The most beautiful beaches of the Adriatic!

Omiš: How the people from Omiš almost ate up Ulysses?

Trogir: With Kairos to a happy moment!