To fly like a bird is among the oldest dreams of mankind. To reach the sky, to be closer to the God, to the stars, to the Sun are strivings as old as the human thought. We find them within mythological and religious texts all over the world, as well as within scientific ones. Let's mention just the most famous myth about Ikarus or the words of the great Leonardo da Vinci:

"For once you have tasted flight,
You will walk the earth,
With your eyes turned skyward;
For there you have been,
And there you long to return."
- Leonardo da Vinci

Although the commercial flights by plane became part of everyday life, the fulfillment of the dream of bird-like fly remains the experience by only few – adventurous man and women who fly hang gliders.

In Omiš, experienced pilots fly since late 80s. The start position for take off is the mountain Imber and the landing is at the city beach.

Tandem flights (where one person is pilot and another one is the passenger) are the perfect opportunity for those who want to taste the exhilarating sensation of flying with an experienced pilot at their side.

We organize such flights. 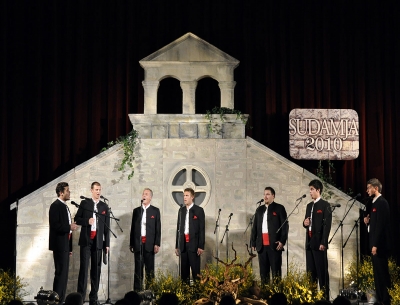 Festival of the Dalmatian klapa